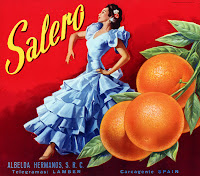 I've been tagged again and I don't mind because I'm a meme whore. Meme's are especially good for days like today when I feel like writing something but have absolutely nothing good to say (even though the lady carding me for wine at the grocery today said she thought I looked like I was in my 20's which normally thrills me).

Many air kisses are going out to Renaissance Woman for perking me up by tagging me to share 6 non important things/habits/quirks about yourself. .

1. I always wear a watch, even to bed. I take it off to shower, otherwise it's on my wrist. I have waterproof sports watches to wear on vacations where I'll be swimming or snorkeling. Last January I left the house in a hurry to catch a flight and forgot to put my watch back on after I showered. I was practically twitching and shivering until my layover flight in Minneapolis. Once there I busted my ass running for a store I knew sold watches so I could buy a new one before my next flight left on the other side of the airport. I paid way too much, but the idea of being away from home working in the middle of nowhere without a watch was unbearable.

2. I think it sounds really trite when people say "I love him/her to death". What the fuck is that supposed to mean anyway? In my mind it's just a way of qualifying that you're not an asshole because it always seems to be followed by "but" and then something not so nice. Just say the not so nice thing and I'll figure out on my own whether or not you "love" the person anyway and are an asshole for saying the not so nice thing about them. 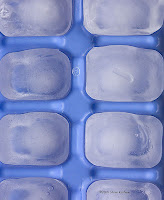 3. It bugs me when someone (these days it's my husband, but he's improving) empties the ice cube trays and puts them back in the freezer without refilling them. I long for a fridge with an ice maker.
4. I love oranges and grapefruits. My mom sends me big boxes of them from the fruit stand near her house in Florida a few times a year. Right now I'm working my way through a box of Honey Bells she sent last week. I eat 2 at a sitting, but I'm a little bummed out because my right thumbnail broke down to the quick the other day and that is my orange peeling nail.
5. I realized yesterday, to my astonishment, that I had gone an entire week and not eaten or drank (drunk? whatever.) anything with sugar in it. It wasn't something I intentionally set out to do but I just haven't had a sweet tooth (and still don't). It probably has a lot to do with the Honey Bells and perhaps is the reason why when I weighed myself this morning I found I've lost 2 lbs.
6. It bums me out when a raindrop or a drip from an awning or something lands directly on my head, right in the middle of where I part my hair, and then just rolls around on my scalp.
Posted by The Lady Who Doesn't Lunch: at 1:53 PM

Trust me, freezers with ice makers are not all that they are cracked up to be.

I think "I love you to death" means "I baked you a batch of arsenic cookies. They come from the heart."

OMG I HATE THAT RAINDROP THING, TOO!

Sorry I shouted, but I loathe it. It's so cold and shocking and then tickles. GAH!

Silver - we used to have one at the old house, but didn't realize it was hooked up an usable until about a month before we moved.

WendyB - where the hell are you??! Do you have a new blog somewhere else darling? I miss you!

We gave up on the icemaker because it was always broken and making noise. We got a refrigerator that has standard trays in it.

The ice thing makes me crazy. When I go to other people's houses that I know have ice trays I empty their ice trays (usually there's something to put the ice in that is empty) and then refill them. Mostly I do this at my in-laws' house but I will do it anywhere. Gotta have my ice!

After looking death in the face and spitting on it, I now try to refrain from phrases like "I love ___ to death", or "I'm dying to try this", or even, "Laugh? I thought I'd die".
Superstitious? Nutty? Probably. Who cares?

I've never met anyone who had such an affinity for watches. I almost never wear one - most of the time I only wear it to hide a tattoo when I have a particularly professional thing to attend...

I always regret trimming my thumbnails, because those are the ones that help peel the fruit.

Oh and I'm with you on the empty ice trays. If you use the last cube, fill the tray back up, damn it!

I solve the fingernail problem by never eating fruit. Of course, that led to scurvy, so now I can't really eat anything not in liquid shake form.

hehe i hate the single rain drop thing, but when my head is shaved, i love rain to pour down on it. i hate a little bit of rain, but if i'm out and about and its going to rain, i want it to pour down on me like there is no tomorrow. if you're going to get caught in the rain, you might as well smile about it and think 'hey, things could be a lot worse'

I completely sympathize on the watch thing; I'd have had to buy a new one too. I also have to wear one to bed if I'm in a hotel or at my sister's or mother's houses (they don't have clocks in their spare rooms) because I cannot bear to wake up in the middle of the night and not know what time it is.

hahah, one of the best meme's I've read. I think it's very unique to find someone who wears a watch to bed...I must admit, I love my watch but when I get home I always take it off and leave it in stupid places and then go days without wearing it until I find it underneath books or something..

and I love oranges too! big fat ones, they are heaven with peel.

Shame on you, meme whore! I'm a big-time meme prude.

I am envious that you just lost 2 pound without even trying. My sweet tooth is alive and well.

That phrase always makes me think of those "Fatal Attraction" type movies.