Greetings from the Suburban Bayou

MDH likes to take what he calls a "radio nap" on Saturday mornings sometimes.  Basically, he sleeps in and snoozes with NPR going on the clock radio next to his side of the bed.  If you're an NPR fan, then you are familiar with the typical line up.  Car Talk, Only a Game, Weekend Edition, etc..

When we woke up on our first Saturday in our new apartment in Houston, he turned on the radio, but having just unpacked the clock radio and plugging it into the wall, the station that was NPR in Dallas, corresponded with a much different type of station in Houston.  Rather than a soothing stream of sedate and intellectual banter came a boisterous, knee clapping hootenanny.  Yes... NPR station in Dallas = Zydeco station in Houston. 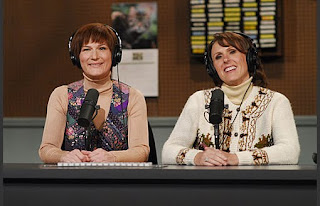 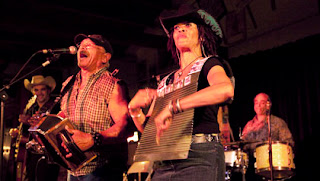 and it was rather awesome.
It was our first indication of how different our life might be here, as compared to Dallas, and any other place either one of us has ever lived.  Prior to the Zydeco dance party radio station, we really didn't think that culturally there would be that much difference between Dallas and Houston.  Naive Yankees that we are.
So far my least favorite thing about living in Houston is Houston.  It's just damn hard to get around.  The highways don't connect and nothing is marked until you get right up on it, hoping like hell you are in the correct lane to make a snap decision.  It's as if the entire road system was designed by some asshat whose motto was one of these three:
1.  Inspirational:
What doesn't kill the motorists will only make them stronger.
2.  Cruel:
Get lost losers!
3.  Apathetic:
Fuck it all, I'm going to lunch.
If you have the misfortune to be in the wrong lane when your turn is coming you are fucked forever.  There is bumper to bumper traffic moving at 80 miles per hour so forget it.  You should just relax, change your plans and go somewhere else.  Call yourself impulsive and keep moving.
The longer we live here though, the more we are able to carve a little niche for ourselves and figure out that there are some pretty great things too, as long as we continue to be brave or stupid enough to keep getting back in the car.
Here are some great things about living in Houston:
1.  Leaving Houston.  This city is located within easy driving distance to New Orleans, Austin, San Antionio and our beloved Dallas.
2.  Food.  We are not going hungry here.  We live about 15 minutes from an enormous Chinatown area, albeit weird because it's not the kind you normally expect where there's a brightly colored gate with dragons and pagoda lamps.  The Chinatown in Houston takes up a several mile stretch of beige strip malls, but don't let the blandness of it all fool you.  There are treasures here.  Endless noodle shops, dumpling houses, all day Dim-Sum and of course we are not restricted to just Chinese influence here.  It really ought to be called Asiatown. 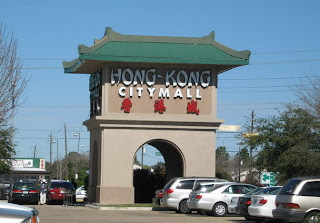 3.  Trees and water.  Although Dallas is certainly rich with hot and sunny weather, this lady was missing trees and moisture, which Houston has in abundance, in addition to hot and sunny weather.
4.  MDH is gainfully employed and comes home happy and fullfilled every night.  This man has been miserable as long as I've known him, professionally that is.  The man has found his calling, his dream job and he's down right adorable when he's not grumpy.  I'm not sure how long this will last, but I'm going to enjoy it while it's happening.
5.  That's it for now.  We've only been here a few months.
﻿
Posted by The Lady Who Doesn't Lunch: at 1:39 PM 3 comments: