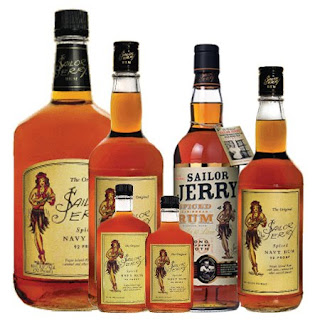 MDH and I returned from Florida less than 24 hours ago, and it's been so long since I last posted on my blog that I'd be quite shocked if anyone out there missed me.

Some (one or two) of you may be wondering, as I was, just what the fuck were you doing in Florida in the middle of June crazyface?
Central Florida is hotter than Hades in mid-June and judging (and I am indeed, very judgemental) from the snippets of overheard conversations between my fellow airline passengers, only mouth breathing degenerates and their screaming heathen progeny fly to Central Florida in mid-June.
Or people who already live in oven hot climates.
And us.
Seriously, the mental capacity of some my fellow travelers seemed pretty limited. Case in point: The young man and his "gran-maw", sitting behind us, who I'm pretty sure were both making their debuts outside the holler, had never seen a magazine and spent most of the runway taxi time and flight to 10,000 feet, (at which point the flight attendant said we could use portable electronic devices and I praised god's glory in heaven and giddily jammed my earbuds into my listening holes and was able to block these morons out), pointing in amazement at the "pitchurs" in a glossy men's magazine that I can only assume someone had left behind in the gate area, and reciting aloud the prices of each and every item of clothing in the fashion spreads and wondering who would spend $225 for a pair of jeans and the like.
When reading fashion magazines I often wonder the same thing. In the privacy of my own head. But then I quickly get over it. This guy hammered it all out in a twangy monotone. Item by detestable item.
Lookit this Gran-maw - it sez here this guys jacket costed 23 hunnert dollers. Can you believe that shit? Damn! That's a whole years wortha child support!
I've got nothing against rednecks. I've got no room to talk as I myself come from a long line of the finest Kentucky redneck stock, but when your conversational skills are that loud, that limited and I am forced to listen to your stupid ass bullshit it endangers my health. My eyes were rolling up and all around in my head, it's lucky I didn't sprain them.
Well I guess that's what you get for booking at the last minute on Squalor Airlines.
Anyhoo... back to my original question that I imagined you gave enough of a shit to care about or ask me - we went to Florida in the middle of June because we had to reschedule our original, more reasonably timed December visit to my parental units due to my mother's broken pelvis. Understandably, she wanted no visitors during her extremely painful and lengthy recovery. No problem-o. Then I had the brilliant idea to come down in June for her birthday.
It seems extreme, but I'm finding it increasingly necessary to pad visits with my parents with buffer periods both before and after our time with them. This year our 4.5 day visit with my folks was preceded with 3 days at the beach and concluded with 2 days at Disneyworld.
Let me give you some facts about how things go down at my parents house these days:
1. They keep the air conditioning set at 80 degrees.
2. 80 Fucking Degrees.
3. That is hotter than shit.
4. It is not possible to sleep when the air conditioning is set to 80.
5. My mother makes the weakest coffee known to man.
6. My mother is even more passive aggressive than I am.
7. One morning I volunteered to make the coffee and snuck in a couple of extra scoops.
8. She said it was a tad strong for her taste, but cheerfully decided that she could temper hers by adding a little water.
9. When she added the water to her cup she said that it made it too cool and she has this thing where she refuses to heat up coffee in the microwave - so she decided, rather loudly, that she just wouldn't drink coffee that day. "It's just one day. When I was in the hospital recovering from MY BROKEN PELVIS I went for almost a whole week without coffee. Can you imagine that?"
10. It was so over the top she could've won a Tony.
11. It took every ounce of strength left in my sweaty, exhausted, coffee depleted body to restrain myself from suggesting that she leave her cup in the guest room for a minute or two to heat it up.
12. On a brighter note the house rum is 92 proof, flows freely after 11am (new summer hours apparently as previously noon was considered appropriate) and is conveniently located next to the fridge (with built in ice maker) between the cocktail napkins and a bowl of limes.
Posted by The Lady Who Doesn't Lunch: at 7:09 PM 19 comments: