The News Round Up 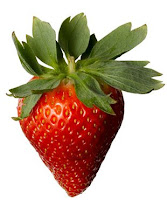 Goodness me. It has been nearly a month since my last post. Tsk-tsk.

What can I say? I suppose I should troll through my list of usual excuses and see what best fits.

We've been traveling? A little.

I was sick? Jesus God was I ever.
It all applies - I've been working a 10 hour day schedule, we went to Chicago for the soccer world cup qualifier game between the US and Honduras where I contracted and am still recovering from the black plague, that I probably caught on the train we took into Chicago from Michigan City.

I feel I should mention here that the last time I was violently ill with a rotten head cold was last October and also corresponded with train travel between Michigan City and Chicago from now on known as the Tuberculosis Express.

Anyhoo... here I am now, but don't go thinking that I'll be posting again anytime soon or with any regularity whatsoever because I probably won't due to the fact that the next several weeks are going to be jam packed with activities and travel for the Who Doesn't Lunch family and because I will most likely want to spend every single waking moment of my entire life that I'm not busy working, traveling or entertaining house guests playing The Sims 3, which arrived on my doorstep last weekend.

I'm currently obsessed with the Sims 3. It's shameful and I don't give a damn.

It arrived 2 weeks ago along with the new video card and 2 gig of RAM I bought in order for the game to run properly on my computer. I was too sick to install everything until last Friday after dinner but once I did - it was all over.

I kissed MDH goodbye, holed myself up in our home office with a pot of hot tea, a bottle of Robitussin, a box of Puffs with lotion and played until 4am like a crazy person.
Since it's been such a long time since my last real blog post I thought I would give you some bullet points to help catch you up with the goings on in Ladyland.

That's all for now. Happy summer!

Born out of my growing disgust with Twitter, Facebook and our culture's increasing desire to constantly know and share all the mundane and intimate details of our everyday minutiae comes my brilliant idea for a new social networking website called "Shitter" where members share and trade comments about the color, texture and content their various bowel movements.

I'll write a real post tomorrow. Hope you're having a great Saturday!
Posted by The Lady Who Doesn't Lunch: at 3:42 PM 7 comments:

Labels: has someone already come up with this?, sometimes I'm not a lady at all
Newer Posts Older Posts Home
Subscribe to: Posts (Atom)