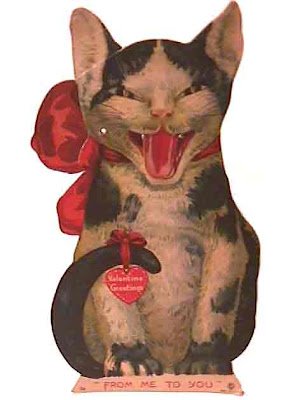 Skyler's Dad tagged me for a little old meme. What a nice man. Being tagged not only sounds a little naughty, it gives me a reason to write more crap about myself. Hurray! More me!

Share 7 random and/or weird facts about yourself on your blog, tag 7 random people at the end of your post and include links to their blogs. Let each person know that they have been tagged by leaving a comment on their blog. I'm not going to tag anybody else, but I'll say the same thing I always say - tag yourself if you'd like to do this meme.

You know I think I did this meme recently and I really don't care that I'm doing it again. I'll do it again and maybe twice more after that because I think that highly of myself. The only reason I may not do it twice more is because I'm already wondering where I'm going to come up with 7 new things about me. Shit. I'm really pretty boring and I think I've already spilled most of the good stuff in previous "random facts about me" memes.

1. To get things started with a bang: I have over 100 pair of underpants divided into 4 categories. (How's that for exciting new meme material, eh?)

3. I'm a skilled bubble gum blower and can make a bubble inside a bubble. Yeah.

4. One of my boobs is noticably larger than the other and knowing that this is perfectly normal doesn't make me feel any better about it.

5. I have a math phobia. I dropped out of college when I broke my leg, but didn't go back after it healed because I realized that I could go no further in my studies until I took some math classes. When I went back to get my degree 10 years later I placed into the standard math classes, but took the remedial ones anyway, because it was so hard for me. I also did all of my work twice, homework and tests. I'd do the problems once and then do them again to check my work against myself. 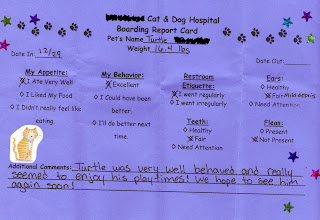 7. On the outside I'm all cool, but on the inside I'm a sappy freak when it comes to our cat. We got this today when we picked him up from the vet. I smiled and said "thanks guys!", but inside my head I squealed and gushed like I was on the Price Is Right. It's now hanging on the fridge.

Thanks for playing along, I usually don't tag folks but you seemed like a "player".

"Cribs" is also "who would take our calls and let us into their house?" so I wouldn't worry about that too much. And guys like boobs, even though there's rarely a matching pair, so again, no worries.

And now, if you'll excuse me, I'm going to think about boobs.

Pesto does indeed suck. I think it was an enormous practical joke played on the restaurant-going public of the 1980s, and people fell for it en masse...but not us, man.
I've never seen Cribs, but I bought the January InStyle, which had a 365 days of style feature with celebrities...fully 25% of whom I've never heard of.

What's the deal with pesto??! I love pesto!

umm, i don't like pets, but that cat sheet was friggin adorable. it made me giddy. i can only imagine how YOU felt!

I love getting notes about the dogs from the vet! I'm sad if she doesn't write something like "Henry is adorable." One time I was thrilled by the line, "His paw has healed very nicely."

Skydad - It's my pleasure. I'm still new enough to blogging that memes are fun.

Pistols - I still watch Cribs anyway because I enjoy ostentatious train-wrecks and sometimes I'm pleasantly suprised by a normal celebrity-type person with tasteful decor. Now get back to your boobs.

CDP - I like all of the elements of pesto, just not together at once. I have the same Cribs issue with InStyle and People (at the dentist office, of course).

Player - don't like pets? Really? You just haven't met the right pet. They can be a huge pain in the ass, but mostly so worth it. I see you with a nice little weiner dog named Hans who you can dress up in sweaters and carry under your arm when the snow gets too high. Maybe when you graduate...Woof!

Wendy - I'm such a dork about it. When I traveled I used to carry the report cards in my purse and read them when no one was looking and get all misty eyed.

My boobs are not the same size as well. Wow. BFF!

I hate that little boob fact. ~notes to make Dr appot for Mamo~
Although it does remind me that I am all home grown and natural!!!

oh one of my boobs hangs lower than the other too, hahahah. :)

I love that you have so many undies, I'm quite envious.

Does math give you nightmares?

Ever heard of dyscalculia? It's "math dyslexia". Google it! Or go to http://dyscalculiaforum.com or dyscalculia.org