You should listen to me and take my advice at all times because I am always right. Even when I make shit up nine times out of ten it turns out I was right about whatever it was.

I am so always right that during some times of lean blog fodder the only things preventing me from turning this blog into an advice column are my overwhelming apathy and fear of success.

The one person who doesn't like to take my advice is the one person I desire the most to take my advice, my husband. The man has no hesitation about constantly asking me what he should do, but never seems to appreciate my always right answers and often ends up not only blatantly ignoring my advice but brazenly doing the extreme opposite of what I have so wisely advised him to do. It is maddening.

"Why not?" he asked, as he proceeded to plunge the swab so deeply into his ear canal that I'm pretty sure I could see it's ochre tip poking out the other side of his head and then waggle it all around.

Had he waited a few seconds longer before choosing to dig at his own brain tissue with a cotton swab, I would have advised and willingly performed a simple ear lavage, whereby I heat up a little mixture of warm water and peroxide to remove the blockage of wax and subsequently the trapped sea water. Simple. Easy. All he would have had to do was lay still for a few minutes and enjoy my loving ministrations. Ass.

"You realize that you have now pushed all the wax in your ear that the water was trapped behind further into your noggin, right?" Ass.

"There's some pain reliever in the bathroom."

"Are you sure you don't want me to give you an ear lavage? I really don't mind."

Well it wasn't fine. Ass. He continued to complain about the water sloshing around in his head and the resulting earache and loss of hearing. Throughout the rest of our trip I had to listen to him bitch and constantly clock himself on the side of the head and say "What? what?".

When we got home he arranged to go to the doctor during walk-in hours, waited for 2 hours to be seen, paid a $20 co-payment only to be told that he created a blockage by ramming the q-tip into his ear and to go home, mix some warm water with peroxide and pour it into his ear until the wax loosened. Ass.

Labels: ass, dain bramage, fine don't listen to me, i really don't give a shit what you do, suit yourself

How to upset pefectly innocent and well meaning coworkers 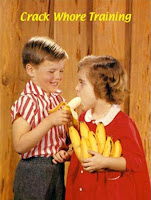 I'm a terribly independent person and typically like to try to take care of things or figure stuff out on my own. Sometimes though I need a little help and it is difficult for me to ask for it.

Combine that with the fact that I'm also very literal and prone to dispense corny humor, responding to my question, can you help me?, with what can I do ya for?, it is all I can do to remain professional and not pretend to whip out an adding machine and start mumbling, let's see here... I'll give you the employee discount, but you are remarkably unattractive and that's gonna cost ya...carry the nine...factor in the rash... halitosis upcharge... that'll be... and then come up with a price that you can do me for and hilarity will ensue.

More likely I think I'd get a blank stare, talked about in the break room behind my back and loss of all hope of ever attaining permanent employment with this company. So yeah, I'm basically restraining myself from pretending to be some mutant type of nerdy hooker.

(I'd never really thought much about it before writing this post but should the word "hooker" be capitalized? It's a job title, right?)
Posted by The Lady Who Doesn't Lunch: at 5:51 PM 10 comments:

Labels: nerdy hooker, things mulled over in graphic detail but never acted upon, what a dumb thing to say, when you are bored at work 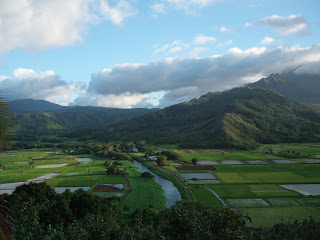 I was going to use that title several months ago for a riveting post I wrote while recovering from a raging bladder infection. Aren't you glad I never published that post? (The answer is yes. Yes you are.) I deleted the unpublished post because it was crappy and not just a little bit personal and disgusting, but thinking perhaps I might later be able to craft another more amusing post around the catchy title.

I'm not that clever and have decided to use the title today for this very special post in which I inform you that I have returned from a fabulous vacation, after realizing I have been sitting here for a very long time, staring at my monitor, unable to come up with any more clever title than "I'm Back!" How dull. Stinging pee is far more engaging.
So there you go. I'm back. We had a fabulous 12 days in Kauai during which time I only had 2 or 3 small snits and one full blown irrational tantrum. Otherwise all was grand. What kind of dumbass vacation condo time-share thingy doesn't allow you to use an open flame barbecue?

Anyhoo... some serious and relevant things occurred while we were away:
1. MDH's grandma Nanny died last Friday. She was 101 and ready to leave us, so there's nothing to be sad about other than that we will all miss her very much. MDH felt a little funny about not going home to Cambridge, but realized that Nanny would have hit him with her shoe if he shortened his vacation. She did that. She would literally remove the shoe from her tiny (wicked small) Azorean foot and beat misbehaving grandsons with it. Oh Nanny.

As an interesting side note, my brother in law Knucklehead was allowed to attend the funeral in shackles, accompanied by a prison guard. I wish I was joking. Perhaps if Nanny had beaten him with her shoe more aggressively...
2. MDH has a job interview tomorrow in Cincinnati. So that's kind of difficult. Come home jet lagged after travelling for 16 hours only to leave again 36 hours later. Also should mention that he had been in Dallas for several days before we left, came home at 2pm and we left for Kauai at 5am the next morning. So basically the poor man has been home a little more than 1 day for the whole month of February. Weird.
Anyhoo... because of weird event number two I've got to close up shop on my blogging tonight. MDH needs the office to get ready for his big interview tomorrow. I have been trying to write this while he's away running errands.
Because I haven't had a chance to do anything with our vacation pictures except for the one at the top of the post, which is a view of the taro fields in Hanalei (and I'm quite pleased with myself about how it came out), and the one below sent in an email to my best friend Amy last week and like the title of this post has nothing whatsoever to do with the subject of this post. Perhaps some of you have seen it already or maybe Skyler's Dad has already included it as part of his bizarre tats series. Anyway... here you go: 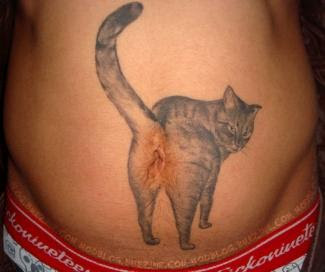 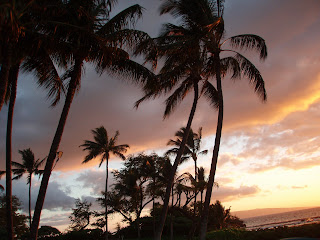 Michigan winter can suck my dick. That's right. Suck. My. Dick. I'm so fed up with snow, ice, sub zero temperatures and skin so dry that I'm starting to look like someone carved me out of an apple, that I have resorted to speaking like a 13 year old boy in juvenile detention.

The Hawaiian vacation that MDH and I have been planning for well over a year has finally arrived. We are ditching the road salt and snow shovels for a couple of weeks and trading them in for warm black sand and snorkel gear. Fuck yes.

I'm so excited that I don't even care that I'm still carrying around the 50 lbs I vowed to lose last January when we booked our flights. Fuck it. So yes, in addition to having a shriveled dried apple doll complexion, I'm fat, but I'll be shriveled and fat in Hawaii. Anyway, the humid tropical air will smooth out my craggy skin in no time, and all the hotel sex and fresh fruit I can tolerate (quite a lot) will have me trimmed down before you know it.

I don't even care that it's the "rainy season" and when anyone mentions that it probably won't get any warmer than 75 I laugh right in their face (ha ha!), which frankly hasn't done much to win me any friends, but who cares? Rain? Bah! At least it wont' be snowing every freaking day and when I walk around outside I won't have to worry about whether or not my eyeballs will freeze solid and crack into a million pieces.

To be fair to all the people I know and love that live here in the Tundra, I promise to bring back as much sunshine and warmth as is humanly possible. I also promise that when I come back I won't bitch about winter any more. Until next year.

In my absence please enjoy some of the photos we took on our previous trips to Hawaii. 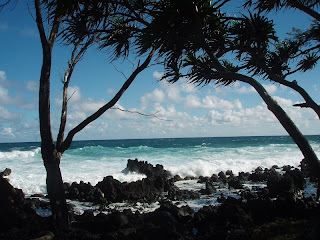 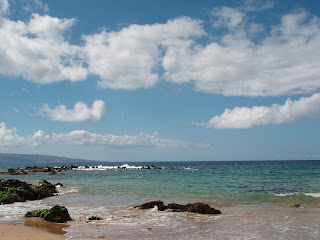 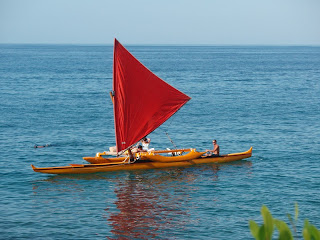 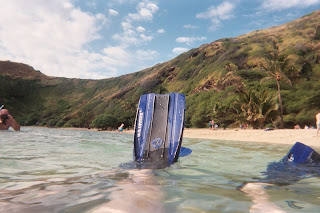 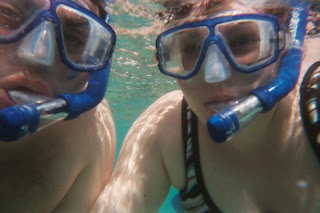 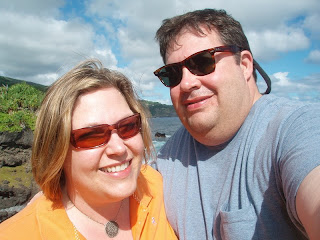 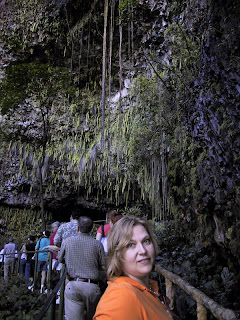 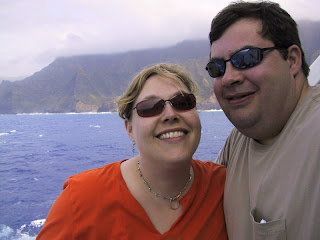