The Music In Me 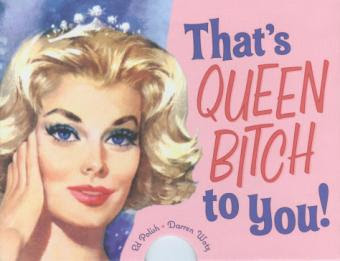 Things are pretty busy around here this week as MDH prepares for his big annual meeting in Dallas. Basically he has to qualify all the work he did in 2007 in front of his colleagues in the form of an hour long presentation. He has to puff it all up and make it look good, so he's been squirreled away in our home office this week doctoring it all and wrapping it in a big bright ribbon.

He likens it to that scene in Animal House where they all sit around and throw beercans at the projection screen. It can make or break a career so it has to be spot on.

Anyhoo... I've only been able to write or read blogs in small snatches throughout the day when he takes a break.

So since I haven't the time to write very much I'll give you all some tunes that I have plucked from my iTunes library, some of my old favorites.

You should be able to download by clicking on them:

Neighborhood by Space - this is just a silly song that sounds spooky at the same time. It always makes me laugh.

Vanishing Girl by Dukes of the Stratosphear - if this sounds familiar it's because it's the members of XTC in a little side project they did awhile back. The rest of the album, Chips from the Chocolate Fireball, is fantastic.

American Dreaming by Dead Can Dance - from their live album Toward the Within. It's the only song on the album that doesn't sound like it was recorded by banshees in a graveyard.

Primative Painters by Felt - this is a band that an old boyfriend turned me onto many, many years ago. It's a long song, and best listened to with headphones or a few candles lit for a nice make-out session. You can almost smell patchouli when you listen to it and I hope that doesn't keep you from giving it a whirl.

Sunlight Bathed the Golden Glow also by Felt - I thought I'd throw this in too so you can hear the contrast between this one and Primitive Painters.

Queen Bitch by David Bowie - it is officially the most played on my iPod and I talk about it all the time so I figured it was time to share with those of you who haven't been blessed to rock out to it. I don't use the expression "rock out" very often, so you know I love this damn song.

American Women - Butthole Surfers - My friend John shaved my hair into a mohawk and died the tips yellow and the sides bright pink before I went to this show in 1988. I do not remember anything else about the about the show or the rest of the evening. It's a sentimental old favorite and representative of a small period of time in my youth, but I won't be upset if you hate it.
Posted by The Lady Who Doesn't Lunch: at 11:43 AM

I saw the Butthole Surfers in Austin in my younger years. For old time sake, I occasionally pop one of their cds in while driving. Sweet memories.

I had to go switch my iPod to XTC after reading that. I just had the URGE suddenly. I just didn't know I had the urge till you gave it to me. Thanks for that. LOVE me some XTC or XTC related crazy.

No thugs in our house, are there dear?

Butthole Surfers. I bought my brother their CD and my mom almost had a stroke. Damn, she just doesn't get it.

I loved your playlist. I like seeing what people listen to.

Step - They had some girl with a reverse mohawk in the band that danced wearing a piece of twine instead of pants.

Guv - Dukes of the Stratosphear is a terrific album and all 60's psychadelic mixed with sweet upbeat harmonies.

I leave the all the thugging to my brothers in law.

Suze - the marquis at the venue where I saw the show just said ****hole Surfers, so as not to offend the tender eyes of passing OSU students and their parents.

Churlita - glad you liked it! I'm going to try to post music more often. My musical tastes are like me, a mixed-up bag.
;)

I am happy to know that not everyone just listens to Fergie all day like I do.

thank you for the new music-- much needed to fill my ipod i-touch. ;-0