Reading Tara's post listing all the places she's been prompted me to ponder my own travels. I started going through my old expense reports, which I needed to do anyway because we're getting ready to do our taxes, and counted 38 states I've been to in the last 5 years.

The names of the places are mostly familiar and some of them stand out more than others because of the length of time I spent there, frequency of visits and sometimes just the sheer weirdness of the people or the town.

Anyhoo... here's an official "Good-bye" to my old career in the form of an overview of the the little stroll I took down memory lane as I perused my old expense reports:
Worst "Hotel":
Methlab, MD
It seemed that people (rather unsavory people) were living in this "hotel" as if it were an apartment building. The place reeked of mildew, curry and body odor. Once in my room I immediately called MDH who began working furiously to find me alternative accommodations in the area. There were none with any vacancies.

As I was sitting on the bed, lamenting the horrible and possibly dangerous surroundings with my husband, I heard the a key turn in the lock on the door and a strange man walked into my room. I dropped the phone and screamed at the man, who didn't speak English, but clearly understood "GET THE FUCK OUT OF HERE MOTHERFUCKER!!" and the gesture implied by an angry frightened woman coming after him swinging a chair at this head. (Turns out the man was some kind of confused maintenance person, but still lucky to have removed himself before I smashed his fuckin' brains out.)
It was this incident that caused MDH, who of course heard the whole thing because he was still on the phone when it happened, to suggest that perhaps I should find another job.

Worst Hotel, Honorary Mention:
Truckstopwhore, Nevada
To start with, I had a horrible head cold. I stayed in a motel attached to the town's casino. The bed had one thin blanket and one pillow on it that I'm fairly certain was just a busted vacuum cleaner bag with a pillow case over it. My cell phone didn't work, there was no Internet service and I couldn't even use dial-up because the phone was actually attached to the wall with a permanent cable. As an added bonus - there was no TV. It was not unlike what I imagine prison to be. The vet was really nice and offered to let me stay at her house, but that could have been even weirder so I politely refused. It was only 2 days. I survived. 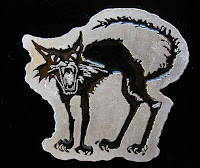 Crabbiest (Catty-est?) Clinic Staff:
Pick One
It's a tie between every single "cats only" clinic I've ever been to. I feel bad to say it, because one of the pleasures of my job was meeting the mostly wonderful and amazing people, but "cats only" clinics tend to be staffed with unpleasant grouches. I'm sure their foul moods have a lot to do with the fact that nearly all of these clinics reek of cat piss.

Most Rural:
Cowflop, MI
This was an equine clinic with a very cool doctor/owner who specialized in race horses and it was foaling season so there were lots of cute baby horsies prancing about. The clinic was about a 3 hour drive from home, but once I got off the highway it was 3 miles on a rutted dirt road, then turn on another dirt road and drive another 2 miles. The training was performed in a dusty old barn and the nearest hotel was 45 mins away. At least I racked up a lot of good mileage reimbursement. 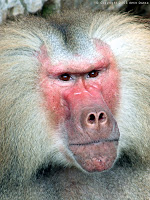 Most Crazy Doctor/Clinic Owner
Baboon Buttock, MI
The poor man had whipped himself into a red-faced, blustering frenzy long before I arrived. The first day he was in a constant state of freak out and challenging me throughout the training to the point that I had to give him a time out and explain that he was wasting my time (which was really his time that he was paying me for) by being ridiculous. I handed him a brand new legal pad and told him to write down his questions instead of interrupting the training every 5 seconds and that we would address all of his concerns when the training was over at the end of the day, which we did. He seemed to have calmed down, but the next day when I arrived at the clinic, he wasn't there because he'd gone to the emergency room with heart palpitations. With him out of the picture the rest of the training went great. He is fine now, by the way.

Most Crazy Doctor/Clinic Owner - Honorable Mention
Whackadoo, KY
It was only my 3rd solo training and I was still learning the software myself. The owner was an older, country vet who had printed, read and memorized all 650 pages of the reference manual prior to my arrival, causing him to know more about the software than me. I was impressed with his brilliant memory, but the guy followed me around, buzzing questions like a goddamn horsefly. There was no relief from his incessant quizzing. At one point he followed me into the ladies room and I thought I would cry.

Most Fun Clinic
Bongwater, CA
There was just something special about this place and all the people who worked there. The manager was so relaxed about everything and fully prepared for the training (without having memorized the manual). To my amazement they had done all of the pre-training work I had assigned to them before I arrived. The clinic was in a big strip mall and there were lots of great little independently owned restaurants (best carne esada I've ever had) and a terrific little coffee shop right next door. Since they had prepared so much before the training I got to spend more time getting to know them and having a laugh. BTW - although they were very laid back, nobody was high as far as I know. I just think the word bongwater is funny.
Biggest Waste of Time
Pick One
Clinics that refused to close or even scale down the number of appointments they booked during the training (I would make this suggestion a priority in conversations with them in the weeks before I arrived) caused me to sit, sometimes for several hours, with nobody to train. Of course these are the same people that give you a bad evaluation, saying they didn't learn enough from the training.
Ah well...
Out with the old, in with the new...

A whole new world of things to bitch and moan about awaits when my new job starts on Feb 13th.
Posted by The Lady Who Doesn't Lunch: at 2:54 PM

Wow. It's rare that you read a travel list and think, "Thank God I stayed home a lot this year."

So, thanks for that.

Mildew, curry and body odor? Holy crap, that smells bad all the way through cyberspace.

Hey...I know that mildew-curry-b.o. scent! The floor I lived on in Paris (all former maids' chambers) reeked of it! But I don't think drugs were involved...just too much cooking and bad hygiene. I loved this post, and have several of my own hotel horrors that I'll share with you sometime.

Great story! My own favorite hotel was in the middle of a nasty part of Houston, where the door had obviously been recently kicked in in some form of no-knock raid, and would not shut correctly.

I could only make it stay closed with the little chain dohickey, and everyone who passed by would peek in through the crack.

You are so beautifully cynical....

I have stayed in the old "great view-----of a fucking wall" hotel room in Niagara Falls.

I stayed at Uncle Salty's hotel and fish cleaning house before. We were in Maine and the old tars would clean fish in their rooms...wonderful smelling place.

I once stayed in Fistfight, Texas where a fight started from around 1:30 a.m. in the room next door and finally ended with police cars and a fire truck about 3:15 a.m.

If you get a chance, can you send me an email. I wanted to interview you.

Pistols - Traveling for work can have it's charms but mostly it's lonely and miserable. I have been saying the same thing ever since I quit my job "Thank God I stayed home a lot this year."

Madame - can't wait to hear your tales - I'm sure there are Turkish toilets involved.

Skydad - It's nice to know your company is looking out for you and your safety when they book these types of cozy accomodations, isn't it?

Evil E - Hey I forgot but I stayed at a fish camp once also - rustic charm indeed.

Suze - there are some people who rely upon the public services of the police and fire departments instead of common sense. Fistfight, TX - that's a good one!

Your travels made me smile, laugh out loud and also maybe appreciate my lack of travels. I am going to do the same on my blog...but I'm sure that it won't be nearly as funny. Good luck with the new.

I'm glad I don't have to travel for work. I'm really weird about sleeping in my own bed. I guess that makes me glad I'm not a hooker either.

Thanks. I think you are the 2nd one to take me up on the Where've ya Been Meme, if indirectly.

I remember the old days in early 1970s vacations when the motels only smelled of mildew and B.O. No curry back then.

I once stayed in Sexwall, Florida, where the moans and slamming heard through the wall of the next room went on way too long.

I stayed in a Days Inn in Rochester, NY once that was straight from Hades. Not only was there a fully functioning redneck bar attached to the motel, complete with resplendent stetsoned dudes with mustaches (surprisingly NOT gay dudes) but the room had footprints ON THE CEILING. WTF is a person doing in a room where they get footprints on the ceiling? In fact, I don't want to know. The room also had three lamps but only one worked and it was so dim you couldn't read or anything like that. Place was NASTY. I didn't want to get under the blankets incase I caught the cooties.

Have you ever thought of writing a hotel guide book? You'd be doing a lot of people a great service. And you could totally set it apart from the other guide books by adding your wit.

R-Woman - I love to travel but will be forever thankful that I don't have to do it for work anymore!

Churlita - It blows hard enough to have to be away from home and when the conditions were bad it sucked out my soul.

dmarks - My original post actually listed every place I've ever been but it was so, so very long it was ridiculous. A cool exercise just the same.

Guv - I can explain the footprints 'cause I'm a kill joy that way: Ceiling tiles were probably taken down for some kind of pipe repair, stepped on by a filthy man, and placed back up without being wiped down.

SRU - you can see one of my hotel reviews here: