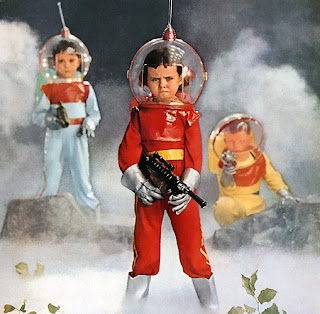 I want to go live in a hotel.
Last night when I was putting away trivets and such after dinner (the lamb was deelish) I opened the big giant gadget drawer under my cooktop and discovered a rather large pile of wood shavings strewn about my gadgety cookery things and my clean kitchen towels and potholders. Motherfucking mice had eaten the bamboo handle to one of my tea strainers.

I found a dead one in the garage the very day we moved in. Of course it was completely disgusting, but after I finished screaming I kicked it into a flower bed (and then avoided watering or weeding in that bed forever afterwards) and didn't worry much about it again. Until several months later in the fall when I picked up the box of trash bags I keep under the kitchen sink and discovered a rather large but neatly stacked pyramid of cat kibble. For a split second I was astounded thinking that somehow the cat had done this and that over the years he had been hiding his genius.
Soon I realized that not only was our cat much dumber than he had let on, he was also slower, older and fatter than I cared to think about. Also probably quite humiliated as undoubtedly mice were casually strolling by him relay style back and forth from the cupboard to the other side of the room to his dish in order to amass such a stash while he watched helpless and ashamed. In Ollie's defense though he was pretty old, nearly 18, and not in the best health. He developed some pretty serious liver problems the following summer and we had him put to sleep.
Then we got Turtle. He's our current kitty and quite the mouser. He's young and spry which helps. It still disgusts me that I need to have such a cat and by the way it's certainly not why I got him. I can always tell when there's a mouse in the house because he pursues it with so much intensity that he won't sleep or eat. He will stare at the baseboard under the dishwasher for days on end and I have to shove him a little with my foot to get any dishes in or out of there. Most normally Turtle is where ever I am. When he is not I know we've got a problem.
In the fall and winter months we probably have a mouse every 2 months or so. And what are you supposed to do about them? I don't want to put down poison because then they'd all be dead but also stinking up my house for eternity. I also don't want Turtle to bite into a poisoned mouse. You'd think that working in the veterinary business would cause me to use a live catch trap, but no. I want those suckers to die, die, die. Quickly of course. Until last night I want them dead but not suffering. Dispatched quickly and painlessly. Today is different.
Flashback to a couple of falls ago:
After I discovered the kibble pyramid I went to Lowe's and bought an expensive battery powered trap to electrocute them. It was kind of space age and used about a hundred batteries, but I liked that I didn't have to see or touch the mouse. According to the package directions a light would come on to tell me there was a mouse in the trap. I envisioned being able to, in one clean motion, flip the trap open with the tippy tip of my pinkie finger and wing the body into the neighbors bushes without ever having to touch or look at it.
After I loaded all the batteries I placed it in the cupboard under the kitchen sink behind the box of trashbags, but sticking out enough so that I could see that blinking light. I checked it every day for a week and got nothing. And then the week after, of course when my husband was out of town I smelled that smell. It's unmistakable as anything but dead critter. I'm embarrassed to say that I let it go for a couple more days because the thought of a dead mouse is more disgusting to me than a living one. Why didn't the god damned light blink??? Shit!
I finally got up the courage to poke the trap with a stretched out coat hanger so that I could see if there was a tail sticking out the back end of it. There was. And not only that, but the fucker had been dead for so long that it had begun oozing out decaying body goo that was now all over the cupboard for me to wipe up. Shit, man. Fuck.
Here is exactly what I want:

Since there was no one at home to hear my demands (if a tree falls in the forest, etc.) I had to calm down and create my own plan of action.

The plan involved the grill-set oven mitts that go up to your elbows, the extra-long grill-set hot dog tongs, an entire can of Glade Clean Linen room spray and a kitchen towel tied around my face. My Ninja-like flip and wing plan didn't work. The trap didn't open that easily and dead body was stuck and wouldn't allow itself to be winged. I also realized as I was standing at the edge of our property by the neighbors bushes in broad daylight (daylight is always "broad" when you are trying not to be seen) that their dog was standing 3 feet away looking right at me. Thankfully he was too stunned to bark at the crazy shuddering lady with the oozing trap, hot dog tongs and brightly checkered Crate & Barrel kitchen towel covering her face.

I ended up throwing the entire trap away, along with the tongs, mitts and towel. I believe that this entire process took about 5 or 6 hours and when it was finished my hair had gone entirely white.

Back then I was disgusted and afraid. Today I AM PISSED OFF. Back then they were invading the place I store trash bags and dish soap. Today they are invading a place where I store the tools I touch every day and use to handle the FOOD I feed my FAMILY.

Today I am open to any (realistic) suggestions that involve death with as little mess as possible. From now on suffering is allright with me. This is war.

PS, I've been using the spine-snapping plastic traps baited with peanut butter, but the mice are now able to get all the bait without snapping the trap. Motherfuckers! Seriously, what else have you got people?

Been there. We were at war with mice that avoided the Tin Cat (though we caught 2 with the Tin Cat that were living in my oven), snap traps, and even glue traps. We started to refer to them as pets when they started to come out at night and watch us watch tv. We finally caught some after we tired of having traps all over the house and caught several in the basement with glue traps. Yeah, I know, ihhumane and all but after I found my pantry covered in Rice a Roni mixed with mouse poop, I really didn't care how fast of a death the mice had to endure. Good luck.

glue traps, eh? what do you do after they are glued exactly???

Mice suck and they must be stopped. I find droppings all over the kitchen and can't bring myself to put traps down because I don't want to see their little dead bodies. I just want them to go away!

Unfortunately, they have now moved upstairs to the ceiling above my bedroom. They like to scratch around while I'm trying to sleep. I think it's time for some rat poison or else they're going to have to start helping me with the bills.

Pest Control. You pay a guy to have your problems for you. They come when you call, kill the little peckers, and take them away. Sure it costs money, but now that your hair is white, you're into this mission for the price of hair dye anyway.

See! That's what I'm talking about! I thought that exterminators just left poison and walked away. I had no idea they provided rendering services as well. I will reconsider this option and discuss with my spouse this very evening!

husband, I mean spouse rhymes with that other word... ew.

I made my husband pick up the glue traps, and he threw them into the garbage! LOL! I wouldn't touch them, but since they were mostly out of sight I didn't have to deal with the little buggers.

Michelle: At this point I'm feeling pretty empowered and think I've got it in me to not only pick up a loaded glue trap, but also put it in a garbage bag and clock the nasty mousie with the heel of my shoe until it's dead. In fact I'm just now putting on some shoes to go to the hardware store to purchase some of them thar glue traps.

I take it back, now that I have the glue paper, I'm not feeling so empowered.

Yes, the glue traps are nasty. But just think about how they walk all over your stuff, pee and poop on them, and then imagine you use the same stuff to make your lunch. Not so nasty to me now! LOL

Lady who doesn't do lunch, Check out the ISS (It's So Simple) mouse trap: http://www.issmousetraps.com and find a solution. Mouse control has never been easier and if you should forget to check, even the worst mess is easy clean up. And to prove how good; there is a satisfaction guarantee never seen before.