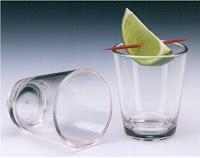 Last night after dinner MDH and I created a new drinking game while watching back episodes of House Hunters that have been piling up on our DVR. The game is called Man Cave. The rules, as with any drinking game, are simple:

We didn't actually play the game because between the two of us we have too much common sense and probably not enough liquor in the house anyway.

(I'm looking forward to spring and summer when it's not unusual for MDH and I to spend the entire evening without turning on the TV.)

*Or for that matter any given half hour time slot on HGTV's prime time line up. Property Virgins, Bang for Your Buck, etc.,.

WARNING: Playing this game with the DIY show that is actually called "Man Caves" could lead to alcohol poisoning and possibly death. Play at your own risk.

Labels: drunk, how to waste your time, overused phrases, stop it, too much TV

that sounds excellent. You could also play "Too Big to Fail" while watching MSNBC, with that phrase, "supermajority", "tea (party/bagger), "reform" (in any context...health, financial systems, etc), and "terrorism" as drinkin' words.

wow, i'm a tank, and i still couldn't stay alive during that game haha. i binge enough on HGTV sometimes... i don't need the booze binge as well!

My favorite is House Hunters International. I spend the whole show going "Did you see how freakin' small those rooms are?"...while my husband drinks :)

Thanks for giving that warning. Play drinking games responsibly, kids!

I agree that it is a stupid phrase. But I love House Hunters. Find myself yelling at them for not making the "right" decision.

I remember watching a show about redecorating a laundry room, and if I had to have a drink each time the lady used the words "fun" or "whimsical", I would've been out cold.

The new House Hunters episodes are kinda irking me..the "hunters" are talking WAY too much..and their acting is horrible.
I liked it when they just walked around the houses looking stupid and let the realtor and/or Suzanne talk..@ Ren Woman: I've actually had to calm myself down on some of these idiot's choices HA

That is awesome. I've been really addicted to House Hunters lately and I could probably use a good vehicle for an alcohol addiction this Winter.