I Grace the Internet With My Presence Once Again 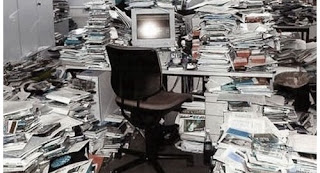 ﻿﻿﻿Holy cats.  It's been nearly a year since my last post.  A year!  Nearly an entire year has gone by where I've been either too busy or too uninspired to write anything.

I have a few notes scattered randomly around on post-its and wadded up napkins in the various boxes of what remains of my home office in Dallas.  What I thought were clever turns of phrase, random thoughts and meaningful insights that I've been collecting over time and jotting down, I have recently discovered are actually wadded up bits of paper and napkin with smeary words scrawled on them that no longer have any meaning.

You'll just have to take my word for it - some shit went down in the last year.  Things happened regardless of whether or not they were documented on my poor old blog.  Some things were shitty and some things were great, but mostly MDH and I just plodded along the same as we always do.

I'm going to throw out some bulleted highlights of major events that passed to hopefully catch you up with life in Ladyland:

1.  Let's begin with this:  I got a job.  Yes.  Someone was wise enough to hire me for realsies.  A full time, permanent job with Large Corporation.  Fin-a-fucking-ly.  My contract was up in a week and my boss had been trying to create a position for me and get it ironed out and approved by the powers that be and it didn't pan out.  Fortunately his boss decided it would be silly to lose me so she gave me a list of open positions and said apply for one of these.  I did and then I was promptly interviewed, vetted and hired by the end of the week.  Full time.  Permanent.  Awesome.

2.  Unfortunately the day before I was offered the job, my poor darling was "let go" from his job.  The job we moved halfway across the country for.  The job that he had been reaching for throughout his career.  Basically he was fired without cause.  They gave him a six month severance and relieved him of his 2 year contract and subsequently the responsibility of having to pay back* a penny of the (enormous amount of) cash they gave us to move to Texas only a mere year earlier.

Frankly,  to me it was the best thing that could've happened.  He'd worked hard his whole life and soared to the eagle's nest on high only to discover it was filled with bird shit and decaying carcasses.  MDH got what he thought was his dream job, but his boss was the biggest, smarmiest asshole imaginable.  His boss, Satan, was the nightmare we all have of intense corporate greed combined with an arrogant ego gone mad.  My proud and brilliant husband was subjected to daily humiliations, and constant blame for the stupid and costly decisions his boss was making.

I've never seen MDH laid so low.  Eventually the truth will out, as they say, and MDH's habit of saying exactly what is on his mind, combined with his bullshit intolerant nature began creating a stir in his company and causing Satan some discomfort.  Basically, MDH exposed the naked emperor.

3.  He was out of work for 6 months.  Six long, miserable months of doubting himself and thinking of desperate schemes for severe and ill-advised (ie. ridiculous) career changes.  Most of the time MDH is a cynical pessimist, but there is a hopeful spark in him that flared considerably during this time.  A pesky spark I was constantly having to tamp out because it kept coming up with cockamamie ideas like abandoning the experience and value of a 25 year career for opening hot dog carts, buying a bar, selling long term disability insurance or becoming a realtor.  These careers are totally fine and many people are quite successful in them, but MDH is a mega-star in his chosen field.  Also he loves what he does.  He was impatient and thinking like a desperate man.  I had to keep reminding that we were not desperate.  Hold on Babe, just wait, the right thing will come along and of course it did.  More than just the right thing, it was an amazing thing.  Dream job.  Dream company. 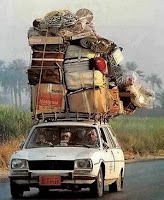 4.  Unfortunately the dream job with the dream company is located in Houston.  So we moved.  Again.  We live in Houston now, for what has been exactly one month as of today, and that's all I have to say about that at this time.

*The relocation policy was pretty standard.  The company pays a butt load of money to move you, so they typically make you sign a contract that says if you leave the company before a certain amount of time has passed you have to pay them back all of the moving expenses they gave you.  It's usually 2 or 3 years.
Posted by The Lady Who Doesn't Lunch: at 11:21 AM

So nice to hear from you! I am sorry about your husbands job, but glad he found a newer and better position. Did that mean you also had to resign with the move?

Wonderful to hear from you! Glad I kept you in my google reader ;)

I went through 8 months of unemployment after a similar BS situation and it was pretty tough, so I feel for you both. I'm glad you've got everything sorted out for now though :)

Do you have twitter? If you do, I'd love to follow you in the years between posts! Let me know your twitter handle or follow me! @mykl4 (sorry if this feels like a shameless plug... i just really love your blog and would love to hear your short daily nothings! lol)

It's me, Kirby, with an updated name and updated blog. Sooooo glad to find out you're still out there. Yeah, what's up? Did you have to give up your new job to make the move?

I'm glad you were in big d long enough for us to bond! I miss you!!

And as the kids say:SQUEEEEEE! And as my ghetto ass says: Woo lawd, I missed yo crazy ass!!
Good to see you back Lady!!